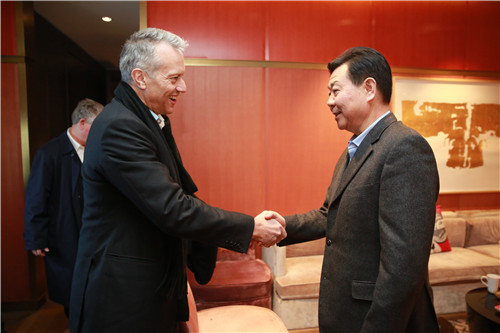 During the talks, the two sides affirmed CBL’s achievements in team integration, market expansion and performance since the restructuring of Chinas business, and conducted an in-depth exchange of the future business development.

On Zhao Shuanglians expectations and requirements on the development of water category business, the development of China-style beverage, and Coca-Cola Global New Products launching first in Chinas market during his visit to The Coca-Cola Company headquarters, Jenny made positive feedback. Both sides reached a high level of agreement in the development strategy and action plan.